With a growing international focus on evidence-informed policymaking across government and on achieving the UN’s Sustainable Development Goals, Forum+ has launched the beta version of Social Systems Evidence to better support policymakers, stakeholders and researchers who want to access the best available research evidence in a timely manner.

“For all those looking for evidence to support policy decisions, we’re trying to help you do this better or more efficiently,” said John N. Lavis, Director of Forum+, which is an initiative of the McMaster Health Forum that extends its reach beyond the health sector.

Social Systems Evidence will soon be the world’s most comprehensive, continuously updated repository of research evidence about the programs, services and products available in 16 government sectors and program areas (e.g., community and social services, culture and gender, economic development and growth, education, and transportation), as well as the governance, financial and delivery arrangements within which these programs and services are provided, and the implementation strategies that can help to ensure that these programs and services get to those who need them.

Social Systems Evidence will contain pre-appraised evidence syntheses focused on most of the Sustainable Development Goals, with the exceptions of the health part of goal 3 (which is already covered well through Health Systems Evidence and two companion databases, ACCESSSS for clinical evidence and Health Evidence for public health evidence), most of goal 7 (energy), and all of goals 13-15 (climate, water and land). 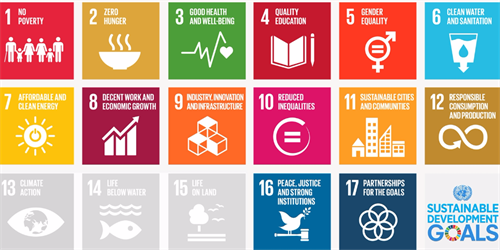 Social Systems Evidence features a powerful open search function; a guided search option to help inexperienced users quickly find what they need; the ability to save or share preferred searches or selected documents; and a responsive design to optimize the interface on both desktop and mobile. In addition, Social Systems Evidence includes many types of synthesized research evidence; shows independently assigned quality ratings for each included review; and provides hyperlinks to scientific abstracts, user-friendly summaries (when they exist), and all of the included studies (labelled by country to facilitate local applicability assessments). Following the launch of the beta version in Fall 2017, additional content and functionality will be continuously added to enhance the site and respond to user feedback. Social Systems Evidence will initially be available in English and French, but over time it will also be translated into Chinese, Portuguese, and Spanish.

Social Systems Evidence will also be used to generate citizen-targeted content on the social aspects of aging (such as civic engagement, consumer protection, and transportation), to be added to the McMaster Optimal Aging Portal. This will complement the high-quality information already provided about the health aspects of aging. The broader range of content will better support citizens in making informed decisions as they age. It further establishes McMaster provincially, nationally and internationally as the ‘go to’ place for the full range of evidence-based information on optimal aging.

“We are thankful to Michel Grignon, a key collaborator in the Faculty of Social Sciences, and to our funders [the Labarge Optimal Aging Initiative, the Faculty of Health Sciences, the McMaster Institute for Research on Aging, and the Provost’s Strategic Alignment Fund] who have made this possible,” said Lavis.